The Truth About Cambridge Analytica | What Really Happened

Determining the truth about Cambridge Analytica is a difficult challenge. There are many levels to the story, and unpicking it has defied the more ardent investigators. However, there are some facts we can ascertain, and the main truths are detailed in this article.

The Facebook and Cambridge Analytica scandal is a warning to the future. If unregulated data mining is not challenged, the consequences can be deadly; literally in this case.

In this article we clarify what Cambridge Analytics actually was, its purpose for existing, and its activities. We then look at the problems with the activities they were undertaking, including how they managed to access over 87 million people's personal Facebook data without their consent.

Next we describe the Cambridge Analytica investigation and how they got caught. The undercover videos from the expose that you can watch in this section are breathtaking!

We then look at the repercussions, including resignations and public apologies by the most powerful people at the heart of Facebook Cambridge Analytics case.


What is Cambridge Analytica?

Cambridge Analytica was a data analysis company. Like many companies in this space, their focus was on identifying emerging trends and competitive advantage for targeted marketing and advertising campaigns. Their interest was specifically in politics, and political elections.

There are complicated statistical techniques to identify trends and competitive advantage, but in order for such techniques to work, they need huge amounts of data, or 'big data', to made available to them.

One of their methods to acquiring large amounts of data was through Facebook. East access to users data enabled Cambridge Analytica to develop personality profiles on which to target specific types of adverts to voters, persuading them to vote in a particular way.

The Truth About Cambridge Analytica
The Company Logo

This influence on people thinking, and subsequent voting actions, likely had a bearing on the 2016 Presidential election. It is known the then President Trump campaign paid Cambridge Analytica for their services.

In addition, this method of political influence is suspected to have had a bearing on the UK Brexit vote, after Cambridge Analytics were paid by Leave.EU, and the UK Independence Party.

As you will see later in this article, Cambridge Analytica were also secretly active in the Kenyan elections in 2013 and 2017.

"We have rebranded the entire party twice, written their manifesto, done two rounds of 50,000 surveys… Then we’d write all the speeches, and we’d stage the whole thing. So just about every element of his campaign.”

The campaigns that followed, which likely influenced the outcomes of the Kenyan elections, coupled with the ethnic tensions affecting the Country at the time, culminated in a streak of violence that saw 92 Kenyans lose their lives.

Although Cambridge Analytics were aggressive with their tactics, their approach to data analysis and recommended actions were actually not an issue. The problem comes with the data they are using is illegally acquired, then used for political persuasion, that results in the loss of life.

This brings in to question moral and ethical considerations, which are at the core of the truth about Cambridge Analytica and their activities.


What Were They Doing That Was So Bad?

It is the means by which Cambridge Analytica acquired their data through the Facebook platform that is the main problem. Up to 87 million people's data was harvested through nefarious means and without their explicit consent. The majority of these users were from the USA.

An app written by the Cambridge University Psychometric Centre, through a company called Global Science  Research in 2013. The app was called "this is your digital life", and was made available through Facebook.

Over 300, 000 people downloaded the app, and gave permission for the app to access their Facebook data, for academic purposes only. 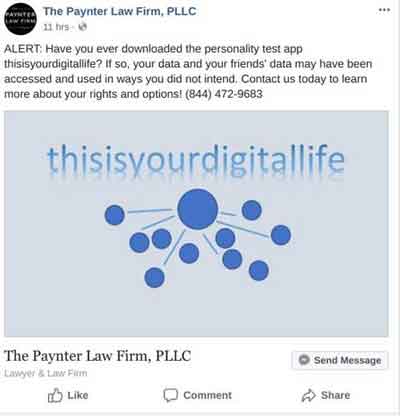 The Truth About Cambridge Analytica
Tweet Warning About The "thisisyourdigitallife" App

The app was basically a series of questions in survey form. Completion of the questions resulted in a small payment.

However, this data was also made available to Cambridge Analytica. In addition, Facebook enabled the app to also acquire the data of all the Facebook friends of all those people of downloaded the app. They had no idea their data was being harvested, and did not give permission to do so.


How Did They Get Caught?

Cambridge Analytica were caught in a couple of ways. A former employee turned whistleblower, Christopher Wylie, conducted an interview with the Guardian a UK-based newspaper, about data misuse throughout the company. 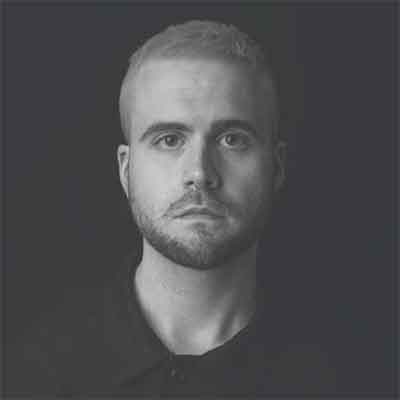 Also, the Cambridge Analytica executives were caught on hidden camera, in an undercover expose by Channel 4, a UK-based Television company, boasting about their activities, including how they prey on the public fears, and how they could extort politicians using traditional honey trap methods.

Fact and fiction are difficult to untangle. However, the video below is riveting. Take a moment to watch, you will not be disappointed.


What Were the Repercussions?

The whistleblowers and expose's had major ramification for Cambridge Analytica. This started with the suspension of their Chief Executive, Alexander Nix. 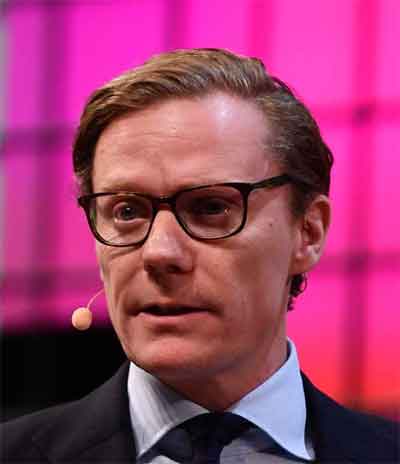 What followed was damaged limitations exercise by Facebook. They publicly admitted their part in the Facebook Cambridge Analytics scandal; a mea culpa moment.

They were also fined 5 million dollars by the U.S. Federal Trade commission for their privacy violations, and £500, 000 by the Information Commission's Office in the UK for exposing personal data to "serious risk or harm".

In addition, over $100 billion was wiped off Facebook's market value, which was around 25% of their total stock market value. Shareholders would have felt that.

Facebook also had to contact every person affected by this scandal, to explain what had happened, including explaining the type of date that has been harvested without their permission, such as their profile details, birthdays, locations, timeline information and even their messages.

Mark Zuckerberg, Facebook Chairman, Chief Executive and Majority Shareholder, was forced to appear in front of the U.S. Congress to answer questions relating to the Cambridge Analytica Facebook case.

Facebook also issued a public apology, which can be seen in the image below taken from a newspaper. 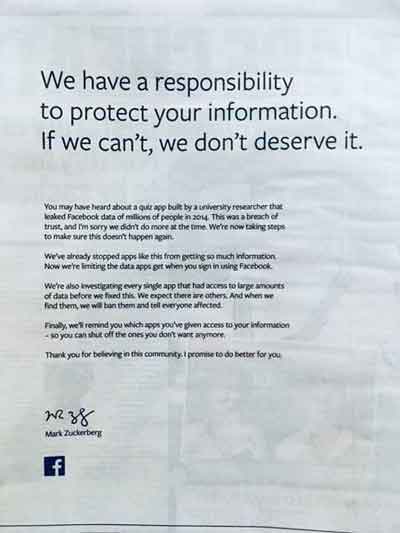 Consequently, Facebook decided in 2018 to implement the E.U's General Data Protection Regulations, or GDPR, across all of its operations, and not just the E.U. this is a positive step to reduce the risk of future scandals such as this one.

Cambridge analytics ceased to function as a Company due to the fallout from their activities.

The truth about Cambridge Analytica is shocking, even today. There are lessons for all of us as time surges in to the 2020s and beyond.

My first recommendation is to always take a moment to read the permissions details for all apps that you use, including the third-party apps available through Social Media platforms.

Despite the scandal, approximately 2 billion Facebook accounts are assessed every month. The sheer volume of opportunity for acquiring large amounts of data through nefarious means, by another Cambridge Analytica, is still high. Do not be one of their victims.

I would suggest you watch the Netflix documentary about Cambridge Analytica, called The Great Hack. It's worth noting, however, that no hacking had actually taken place here.

Finally, take a moment to read these two excellent articles from Envoy Inc and The New Statesman.