The Raspberry Pi Computer is a phenomenon. A simple single-circuit board with endless possible uses has transformed industry and learning in the classroom beyond all recognition.

The Raspberry Pi was the brain child of Ebon Upton, a British Engineer educated at Cambridge University. From 2006, he spent the next five years of his life working on a prototype, on top of a full-time job, which was eventually launched in 2012.

Little did he or his colleagues know how popular the Raspberry Pi would become. The decade has seen the birth of several Raspberry Pi models, the Raspberry Pi foundation, and sales from 500, 000 at launch, to 30 million sales by the end of the decade.

This article looks back at how the Raspberry Pi evolved in to the global success it became.


The Beginning | Everything Starts With A Simple Idea

The Raspberry Pi Computer is a small credit card sized or single board device, designed to promote the teaching of computer science subjects in schools and, later, developing countries.

The short video below explains what a Raspberry Pi Computer is, from the voice of those that the device is aimed at. 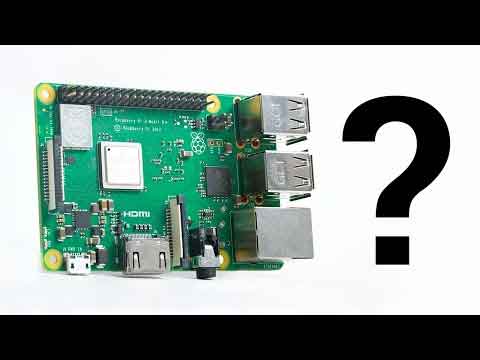 Ebon Upton's motivation to develop the Raspberry Pi Computer was borne out of his experiences in School, when the BBC Micro and Acorn Electron computers were extremely popular across the Education Sector.

These types of computers were expensive, costing over £350 per device in some instances. It comes a no surprise that many schools at the time were unable to afford such luxuries.

I recall, from my childhood, the BBC Micro computer in my school not being used particularly effectively either.

In adulthood, Ebon Upton noticed that the cost of computers was still prohibitive, and one of his main was to develop a low cost, flexible computer that would be accessible by all students of all ages.

Another motivation was to support the return of students back to computer science subjects. This in turn would lead to more students taking up computing professions, where there was a national shortage.

Over the next five years, Ebon Upton and his colleagues in the Cambridge Computer Labs would develop the initial prototype Ebon Upton designed, 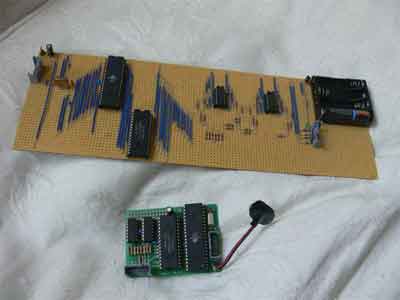 By the end of the decade, the Raspberry Pi Computer had evolved to a small, dual screen, 1Gb network connected computer, being used by people in Industry, Education and even the Healthcare Sector.

An example is using the devices to display real-time bus timetables to the public, which is what was implemented in my place of work back in 2015.


The Evolution | Raspberry Pi Developments In The 2010s

The first Raspberry Pi Computer was released in April 2012. However, where did the name come from?

A lot of computing companies take their name from fruit e.g. Apple, Acorn and Apricot. Raspberry was added to the list by the creator to follow this trend, but it also had a reference to the idiom "blowing a raspberry", which reflected the creator says was an allusion to the project nature at the time.

The Pi part of the name comes from the Python programming code that was part of the early Raspberry Pi releases. You  had to enter some Python commands to use the device.

The first release was actually the Model B in 2012. The focus of this model was speed. I recall some early Atom-based CPU mobile devices around that time, and their performance was dire. 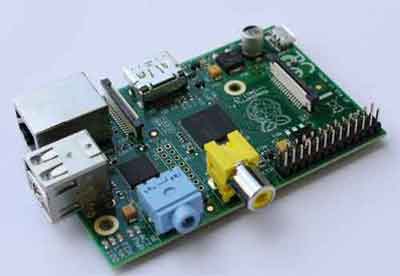 The design of Model A to be more economical meant including less memory (RAM) and USB ports, for example. Model A also did not include an Ethernet port, so was essentially a stand-alone device. A further release called the 1A+ include further design changes to make the device even smaller and lighter than the earlier releases. For example, a Micro SD card replaced the larger and heavier standard SD card for data storage.

Hobbyists and enthusiasts embraced the new Raspberry Pi Computer, building all types of robotics and automated devices, with the Pi being the brains behind the outfit.

Business interest soon followed, as the Raspberry Pi Computer emerged as a cheaper and more effective alternative to traditional high cost application-specific, integrated circuit board. Their  popularity meant they were quite difficult to source.

The Raspberry Pi 2 Model (B) was released in February 2015. This RPi2 had significantly more computer power, and double the RAM of its predecessors at 1Gb. The CPU was described as 4-6 times more powerful than any other Raspberry Pi Computer release to date. This was due to its 64-bit architecture and quad core capabilities. 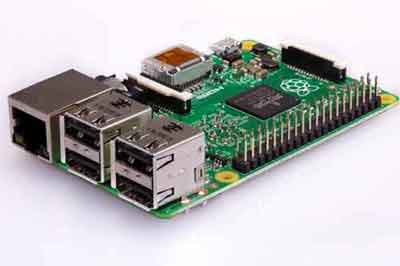 The Raspberry Pi Zero (WH) was released between 2015 and 2017. One of the significant differences with this release was the fact there was no Ethernet Port, but it was wireless capable.

The cost was at a rock bottom price of around £5, and the form factor was quite different to previously released devices, as shown below. The benefit of this release was the GPIO header (General Purpose Input/Output), which enabled the possibility of embedding the device into computers aimed at developing robotic technology and other forms of automation.

Due to the evolution of technology in this era, the RPi Zero (Raspberry Pi Zero) was reported to be 40% faster than the RPi1. 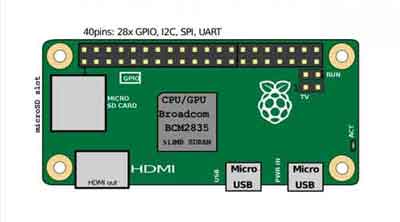 One of the drawbacks of this model is that you can't really do anything with it, without investing in a Raspberry Pi Zero W Starter Kit.

Between 2016 and 2018, further models were released under the Raspberry Pi 3 family. The evolution continues, including improved Wireless and Bluetooth capabilities, enabling organizations to place them outside in watertight environments and still be accessible.

At the end of the decade, the Raspberry Pi 4 family of devices were released. These include full gigabit Ethernet connectivity and Wireless capability. This is in addition to 2-8Gb RAM and support for 4k display quality. Devices shipped with the Raspbian OS, based on the LINUS style Debain 10 Buster release. Edon Upton created the Raspberry Pi Foundation in 2009 to support the device's development. The Foundation was registered as an Education charity to support the goal of producing a low-cost and flexible device primarily supporting the Education sector.

By the end of the 2010s the Foundation's achievements included delivering online training to over 30, 000 Educators, over 25, 000 young people engaged in Foundation activities through partnerships with the UK's Scout Association and National Citizen's Service Trust.

In addition, by the end of the decade over 25, 000 volunteers were involved in the Foundations programmes, and participant surveys showed high levels of individual improvements in programming skills, and confidence in their computing skills.

These successes are really the tip of the iceberg. The image below shows a snapshot of the Foundations other successes. 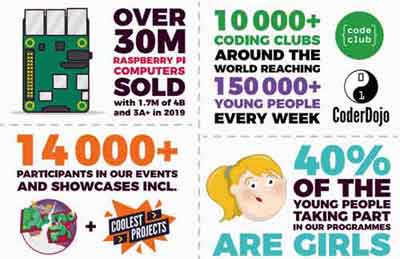 The Raspberry Pi Foundations Achievements At The End Of The 2010's
Source:- raspberrypi.org

The Foundation has grown alongside the Raspberry Pi Computer, and its successes is something for the founder and those involved to be very proud of.

More young people around the world are actively learning about computer sciences and computer programming, as a result of the Foundations Code Club.

The Code club is aimed at 9 - 13-Year-Olds, and offers hundreds of free step-by-step projects for children to develop games, quizzes and animations, to name but a few, using programming languages such as HTML/CSS, Python and Scratch,

Scratch is an easy to learn programming language with simple instruction sets that can be moved around with a mouse. 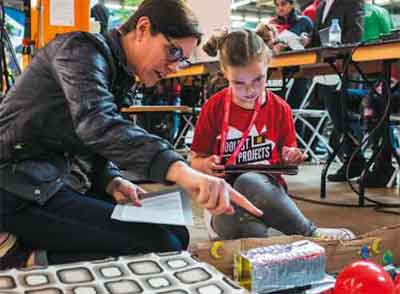 The short video below is a snapshot of what the Foundation offers children and young adults. 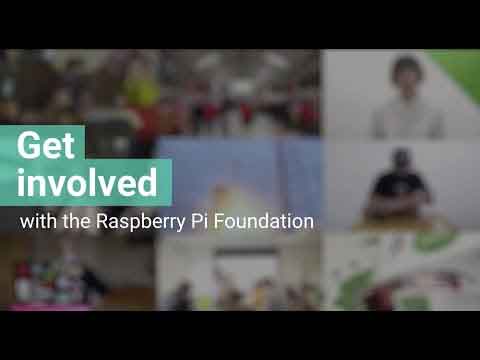 
The Achievements | Raspberry Pi Projects In The 2010's

The success of the Raspberry Pi Computer in schools and education is well documented, but what about other sectors?

In the workplace Companies can use the device for system monitoring purposes, such as network connectivity, and data collection and analysis, at a fraction of the usual costs.

The device also appeared in several films throughout the decade, including Point Break and Big Hero.

In space, several experiments and images have been taken by groups of collaborators using the Astro Pi on the International Space Station. The data is then streamed back to earth where those involved can analyse their findings just like NASA scientists. The short video below explains more.


The Astro Pi On The International Space Station Video 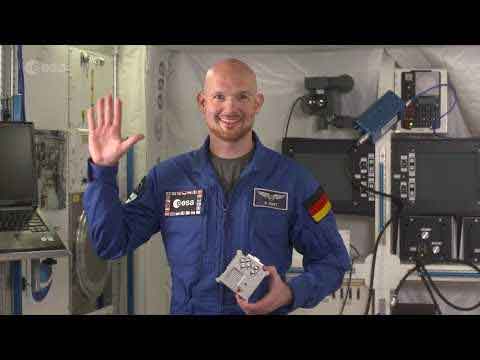 The Foundation is also supporting animal conservation. In 2013, the Zoological Society of London developed camera traps using the Raspberry Pi camera technology to end poaching of endangered animals in Kenya.

The short video below outlines the plight of endangered species and how the camera traps improve response times to poacher activity. 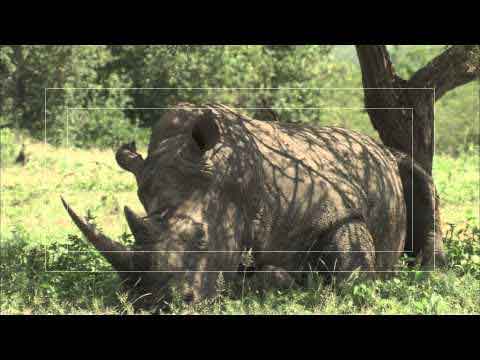 There are many projects and initiative that involve Raspberry Pi Computer technology, and the possibilities are endless. See the list below to give you a glimpse of the Raspberry Pi's flexibility. 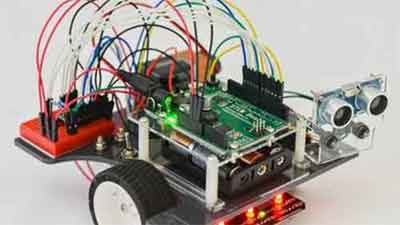 An Example of The PiBot
Source:- itpro.co.uk

Some enthusiasts sent the Raspberry Pi into space of weather balloons and tracked aircraft activity, such as the Stratux project. However, one of more interesting projects is called the Beetbox, created by artist Scott Garner.

The Beetbox project is an interactive drum kit made out of vegetables. You tap each vegetable, and it makes a noise just like a real drum kit.

The 2010s was a decade of huge technological advancements. The Raspberry Pi Computer is just a glimpse of how we evolved technologically throughout this era.

The Raspberry Pi Computer has left its mark on history. Take a look at some of these stories to see the good that has been done around the word.

To find out more about the Raspberry Pi Computer, take a look at the dedicated Raspberry Tips site.

Finally, the video interview below explains the history and motivations behind the Raspberry Pi development evolution, in the creator's own words.


An Interview With the Raspberry Pi Inventor Video 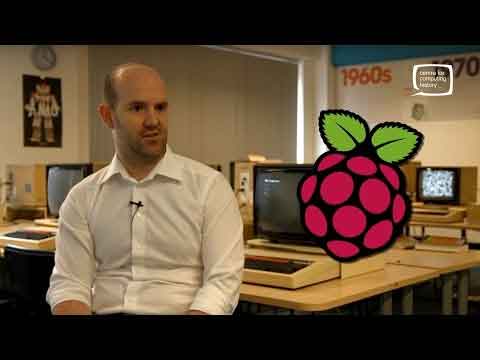