What Is Windows 10  | A Comprehensive Review

What is Windows 10? Well, it is one of Microsoft's Operating System iterations that was released on the 29th July 2015, superseding the ill-fated Windows 8 O/S, that removed the beloved Start Menu.

Customers with the right hardware specifications could upgrade from Windows 7, or Windows 8, to Windows 10, without having to re-image their devices. This was Free of Charge for the first 12 months. Afterwards, customers were charged between £65 and £99, depending on which of the seven versions they wanted to use.

Windows 10 was developed under codenames such as Threshold and Redstone, before its official release. Microsoft's goal was to develop a common O/S that worked seamlessly across different traditional and mobile devices, including gaming consoles such as the Xbox.

It is difficult to encompass everything about Windows 10 in to a single article. So, what I have done, is focused on the main elements of the Operating System that befits an article that sits within a computing history section.

We look at the main features of the O/S, and the minimum hardware specifications of the time that was needed to run Windows 10 effectively. We then look the different versions, updates and upgrades available, and then touch on the pros and cons Windows 10 brought to all Microsoft customers.


What Is Windows 10? | The Key Features and Improvements

We cannot answer a question such as What is Windows 10? Without spending some time looking at the key features and improvements that shipped with the first releases of the new O/S.

However,  it is worth noting that W10 was written with backward compatibility built-in. For example, DOS, or the Command Line, was still available, as was support for earlier Processors, such as ARM and AMD x86 architecture (32-bit hardware).

The return of the Start Menu, which was the stalwart of previous O/S releases, but replaced with Live Tiles in Windows 8, was welcomed by customers across the world. However, the tiles were retained and incorporated in to the Start Menu, and could be expanded if required, alongside the "Metro Interface". 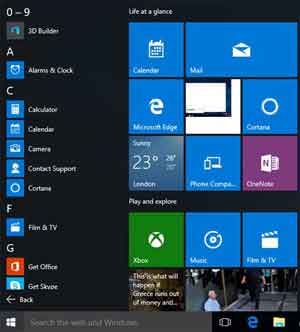 The Microsoft Continuum auto-adjusted the Graphical User Interface to match the device in use, ranging from traditional PCs, to dual/split screens, and mobile devices without physical keyboards. This would enable the touchscreen keyboard feature.

The Sniping Tool evolved to the Snip & Sketch Tool, which is a more feature rich screenshot feature. To use this service, you can click/tap the Windows Key, Shift & S,

Microsoft also evolved the search function, which was fully integrated with the Internet (Bing) and local applications, services and features.

What Is Windows 10?
The Search Function

The most significant change was likely the introduction of Edge, Microsoft's replacement for Internet Explorer. The Edge web browser was essentially built from scratch, to include new features and improve security.

New features included web notes, which allowed users to annotate web pages, and reading view, which enabled the viewing of a web page without the distraction of adverts.

Cortana is Microsoft's personal digital assistant competitor to Apple's Siri and Google Now. It uses Bing to search for both voice and text requests, and analyses browsing history to customize the O/S to suit your needs. Whilst this is an interesting feature, it also raises security concerns.

However, it is worth noting that W10 also had integrated multi-factor authentication features, alongside biometric features.

Microsoft's virus and threat protector is an excellent anti-virus product, although I would suggest you also install Malwarebytes to ensure you have comprehensive cyber security in place.

In addition, BitLocker comes with Windows 10 Pro, and is an excellent data encryption tool.


What Is Windows 10? | The Hardware Requirements

When Windows 10 was released in July 2015, this was the minimum hardware specification for standard PCs:-

For Mobile devices, the hardware specification was:-

In addition, mobile devices required a technology called Snapdragon SoC - Suite of Systems on a Chip. This was a type of semiconductor included in modern mobile devices at the time, including Android and Apple models.


What Is Windows 10? | Versions, Updates and Upgrades

There were several versions of Windows 10 released to cater for different scenarios, and sectors. Below is a brief overview of each release:-

Regarding updates, Microsoft released major versions twice a year. These updates were coded with 4 letters and/or numbers, such as the 1909 release, or the 21H1 update, released in May 2021.

Each major update included significant bug fixes, and/or feature enhancements. However, each major release was quickly followed up with a monthly release of Windows updates, usually to fix newly discovered bugs or vulnerabilities.

Software patching is important. The Home Edition will do this for you automatically. However, it is prudent to run the Windows update services on a weekly basis, so your device remains secure.

This is quite subjective, and difficult to be comprehensive about. However, in my opinion, the Pros of Windows 10 include:- 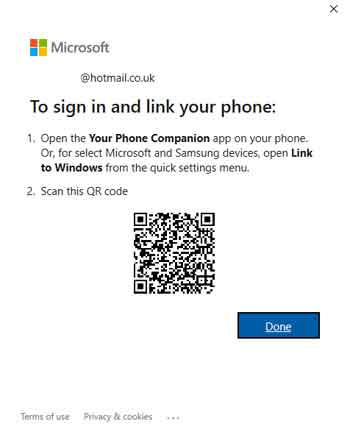 What Is Windows 10?
The Integrated Phone App

As great as this sounds, there are some cons to be aware of, including:-


What Is Windows 10? | Final Thoughts

So, has this article answered the "What is Windows 10?" question?

I think the features in this operating system are likely to remain and/or be evolved in future windows versions, such as Windows 11, which was released on the 5th October 2021.

I hope this article goes some way to explaining W10 in a way that can be preserved for years to come. It was quite a step forward, and evolution, almost, for the next generation of Windows users, albeit a more difficult step for older hands, who much preferred Windows 7, and were burned by their Windows 8 experiences.

For more information, take a look at the comprehensive review of Windows 10 by the UK PC Mag, which is an excellent resource for W10 features.

Also, the GCF Global Windows 10 course is an excellent source of information if you want to delve deeper in to the basics of W10.

Finally, the video below covering the basics of W10 is worth a watch. Enjoy.


What Is Windows 10? | The Beginners Guide Video